A title chosen to inquire about the way in which three artists, all very different, have dealt with the theme of the ‘sacred’, suddenly changes its meaning. 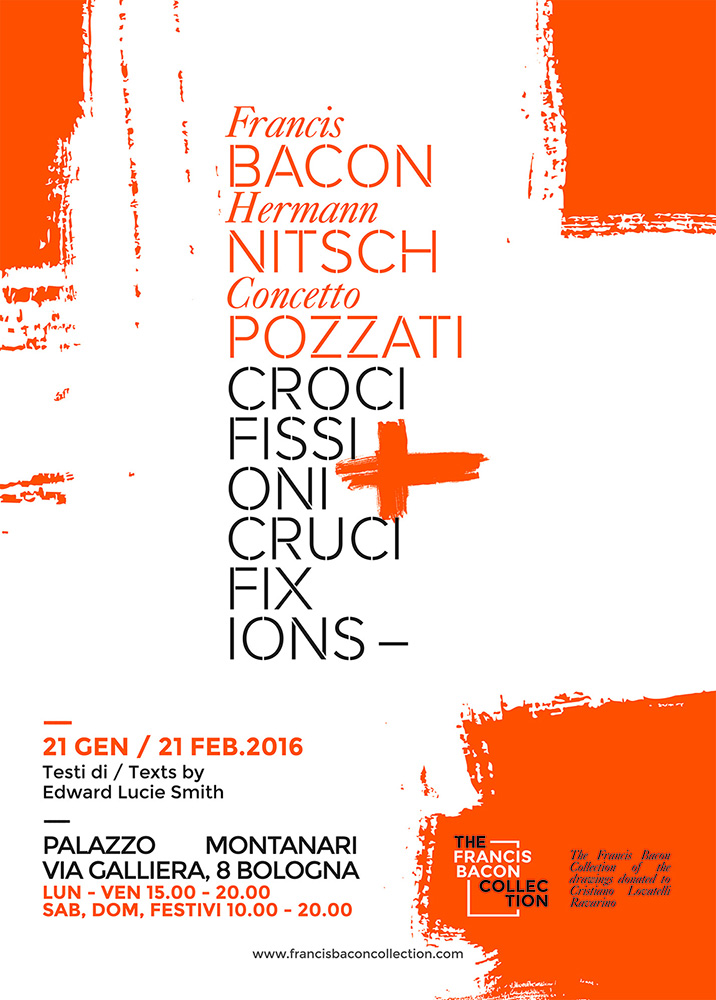 This weight becomes even heavier because of the religious roots the assassins invoke, this way inverting the sense of the sacred which has long detached itself from the offers of human sacrifices to the Gods.

That massacre, just for the fact of having taken place, has modified and charged the semantic, cultural and political value of the term “crucifixion”, confirming its roots but also uprooting it from them, allowing it to explode together with those dead people and transforming it from the Christian symbol of redemption into a universal icon of pain caused by the brutality of crimes committed in the name of a faith, whichever this is and of whichever nature it is, religious rather than laic.

This way the strongest symbol of Christian identity expands to become universal expression of a tormented humanity, reminding everyone what can happen when faith is not balanced by reason.

The sacred belongs to humanity much longer before belonging to the religions which have expressed it.

The exhibition becomes an image of this concept.